Where Do Snow Leopards Live?

All of these countries are important but  China has as much as 60% of snow leopard habitat. Mongolia is thought to have the second-largest habitat and population and that is where the Snow Leopard Trust study is located. 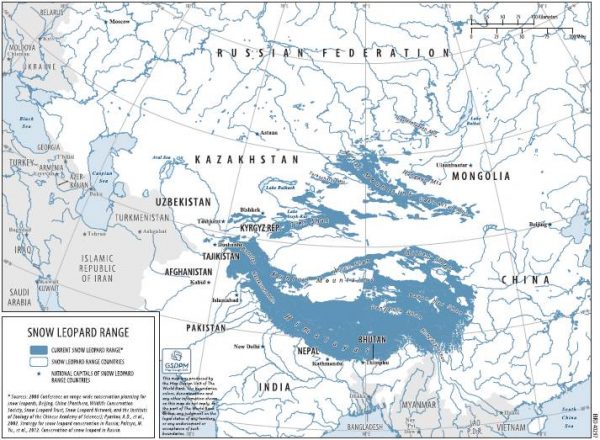 Snow leopards prefer cold try climates with rocky terrain. Even though the map shows a vast amount of land, the habitat is similar in many of these countries. Some of the snow leopards  tracked in the Snow Leopard Trust's long-term study in Mongolia's South Gobi desert have been known to travel over 25 miles in just one night.  The big cat's home ranges are up to 1,000 square kilometers.

This long-term study area in the South Gobi is over 8,000 square kilometers.  The research study and conservation programs in five range countries cover a territory many times that size. Support for these programs directly help protect around 500 snow leopards from retaliation killing and poaching.

Thanks to your support of Triple T Studios, The Tiniest Tiger community has purchased a remote sensor camera in Kyrgyzstan.  These cameras are one of the most important research tools, giving scientists a lens into the secretive and elusive snow leopards' lives.  We will soon be sharing a link  to the photos taken by our camera so you can see candid images of snow leopards and their prey sharing in the researcher's discoveries! Super Hurrah!!  How exciting! 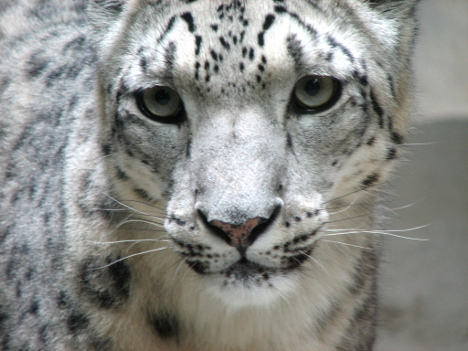 Snow leopards are perfectly adapted to the cold, barren landscape of their high-altitude home, but human threats have created an uncertain future for the cats. Despite a range of over 2 million km2, scientists estimate  there may only be between 3,920 and 6,390 snow leopards left in the wild.